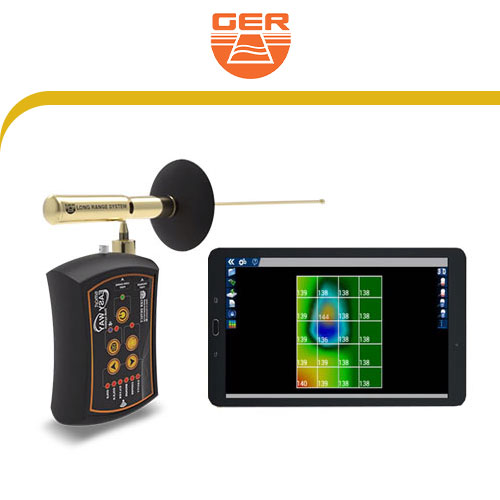 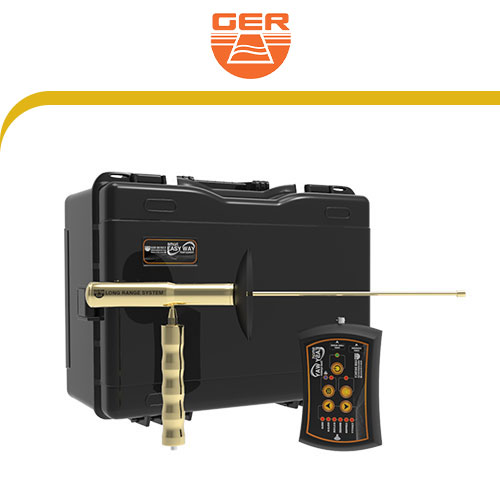 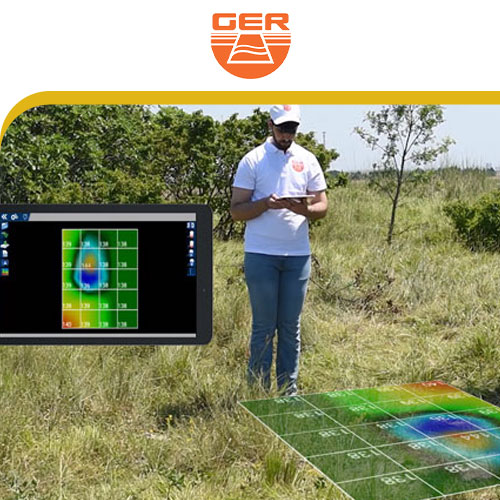 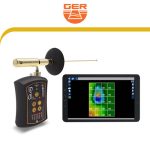 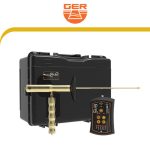 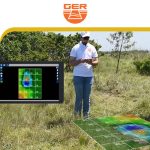 The world’s unique and only technology that combines two systems within one device.
Specialized in prospecting and searching for gold, precious metals, burials, caves, and voids inside the ground, with confidentiality and ease.
The smallest device with a radar sensing system and a 3D imaging system, completely concealable.

The device is small and light, and the weight of the device is 1.5 kilograms with all its accessories
The search depth in the device reaches 18 meters underground
The device works using the 3D Ger Analyzer program to determine the shape, size, and depth of the target underground.
The device works with a 12-volt battery.
The battery lasts up to 6 hours of continuous work, and you can charge it easily.
Two years warranty from the date of purchase.
Fully German made.
Obtained a European CE certificate according to international standards.
The device works with two search systems, a long-range sensing system, and a 3D imaging system.

GER Detect has invented the first device of its kind in the world with a single handgrip radar sensor system.
A grip highly effective with a radar structure characterized with the analysis of radar waves that measure a target’s characteristics.
In other words, it is a high-precision dual-frequency radar and a transmitter and receiver of the signals coming from targets.
A radar system with a special and sophisticated algorithms integration to detect the location of the target, consistent ability to detect and measure small targets in the ground.
The front range in the long-range system can reach up to 2000 square meters, which equals 500 meters in each direction, it also can reach a depth of 18 meters in the ground.

This system is designed to avoid errors caused using the long-range system by the prospector and to confirm the existence of the target.
After identifying the target with the radar system, you can make a scanning for the detected target with the 3D imaging system.
The EASY WAY SMART device has several characteristics:
This system is supported by an Android application that works in several languages, namely: (German – English – French – Italian – Spanish – Arabic – Portuguese – Russian).
Automatic calibration with soil.
Automatic ground scanning feature.
It reaches a depth of 18 meters underground.

The main unit which contains the main processor of the device and the control panel.
Antenna sender.
Joystick (Control Tool).
A special wear for the device to be attached to the foot.
The 220-volt household electric charger.
A tablet device with the search programs installed.
A complete shock-proof carrying bag and storage for the device and its accessories.
User manuals in several languages, including Arabic.
Radar system grip.
Transmitter and receiver antenna.
Signal transmission cable.

Be the first to review “Easy Way Smart” Cancel reply